Processing…
Success! You're on the list.
Whoops! There was an error and we couldn't process your subscription. Please reload the page and try again.

I would like to start this piece by stating quite firmly two things:

Now lest you think I am an alcoholic, let me put you straight: my average is about one drink per month. Per month. Something like that anyway.

You see, we find ourselves at yet another minuscule cultural divergence here – one of those dashed things about living in a foreign country that don’t really matter in the same way the question of war or nuclear power would but nevertheless bugs you relentlessly.

In Sri Lanka, depending on whom I am mixing socially with, preferring a beer to a cocktail or soft drink either raises eyebrows or is something odd and cool to be encouraged for people’s amusement. Because I am female. And getting tipsy or drunk? That’s something you do with close friends, preferably behind closed doors if you are a woman – the word never getting out or at least that would be the goal. Outside of the country, when word can’t travel back to relatives and parents, well, then all bets are off (have you seen your friends’ facebook pictures, lately?). 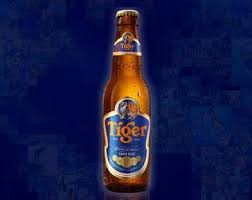 In Australia, the fact that I rarely drink, if at all, raises more eyebrows than my choice of drink usually. In fact, if I insist on just sticking to something like Tiger instead of preferring a stout, there are quite a lot of people willing to educate me on beer. You know, just in case, I didn’t already know most of it (I worked behind the bar once) which being a woman, I probably didn’t and in case I would like to change my mind and stop drinking Tiger which is nothing special really in the wonderful world of beer.

And the Australians drink a lot. Seriously, they do.

“The reason you can distinguish between Toohey’s Extra Dry and Tiger is because you only sample a small range so you can differentiate. When you sample a large range from stout to pale ale, you can’t differentiate between two small lagers. You’re either a generalist or a specialist. You are a specialist.”

“Come on, have something or I’ll feel stupid and like an alcoholic drinking alone.”

That is until they get on with the drinking and find that nothing really has changed. I am still there, still talking, not caring two hoots about how much they have had unless of course I am concerned about whether they can get home or not.

Drinking is like a tonic. Is there a problem? Let’s have a drink. It never is one drink though – it’s always a couple of them. With some pub food and chips thrown in. And with some of my friends  some of them – some of the best and funniest conversation I have ever had.

“What you need is a drink. A couple of drinks and you won’t care what the hell happened to you!”

I don’t always go for the beer – I’m just not someone who eschews it completely because of my sex nor am I someone who drinks heavily despite it. I have a hard time getting other people to understand this whichever country I am in. 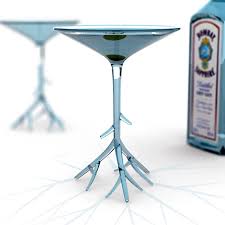 I find I tend to get possessive over my drinks – alcoholic or non-alcoholic. I also tend to have moods. I am a G&T girl, a vodka and Coke undercover agent, a Baileys romantic and a Tiger beer’s best travel companion (I have tried others but this is still my favourite). 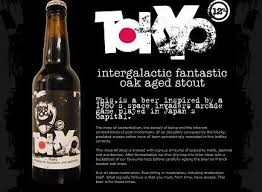 I am a petite Asian girl but sometimes I can still surprise you. A couple of nights ago, I downed the beer Tokyo* by Scottish brewers BrewDog at the Sail and Anchor. This beer has an alcohol percentage of 18% – most beers hover around the 4 to 5 % mark.

It was my beer expert friend’s beer – he couldn’t finish it off after getting partway through so I did.

I think that’s me and alcohol done for the next three months at least.

Perth Diary is back!

This site uses Akismet to reduce spam. Learn how your comment data is processed.